In order to facilitate raising of planting stock required under various schemes and for public distribution of seedlings , over the years most of Divisions, especially those in the Social Forestry & Territorial Circle have established permanent nurseries at various locations. Details of permanent nurseries available at various divisions are given below:-

In the recent past significant progress has been made in the field of nursery technology. Improved nursery practices developed by various researchers and field functionaries over the years can play significant role in enhancing the quality of planting stock raised in nurseries, which in turn can greatly help in increasing productivity of various forestry interventions. However, such improved nursery practices are yet to fully percolate to the departmental nurseries having skeletal infrastructure. Root trainer and compost production techniques, both aerobic as vermi-compost, which are highly appropriate for the state having steep hilly terrain and abundant availability of green biomass are required in the departmental nurseries.

The Umdiker Hi-Tech Nursery was established during the year 2011. It covers an area of 4.5 Hectare. The nursery consists of 3(Three) agro net houses which can accommodate about 50,000 numbers of seedlings each. It consists of one germination chamber, one mist chamber and a vermin-composting unit. It is located at Umdiker village, Ri- Bhoi district which is about 45Km from the district Headquarter and 15Km from Umsning.
The Nursery is under the Jurisdiction of the Divisional Forest Officer, Social Forestry Division, Nongpoh and incharge by the Range Forest Officer of Umsning range. The seedlings raised are to meet the demands and cater to the needs of the people and the state as a whole. The List of species available and their rates is as follows: 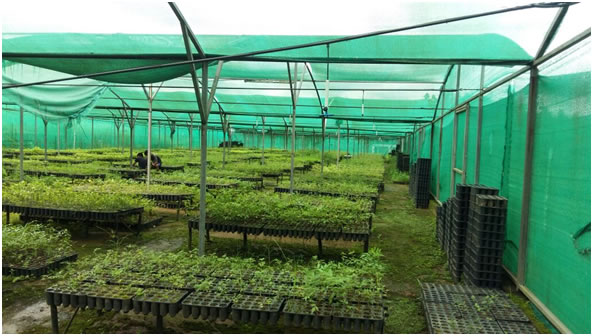 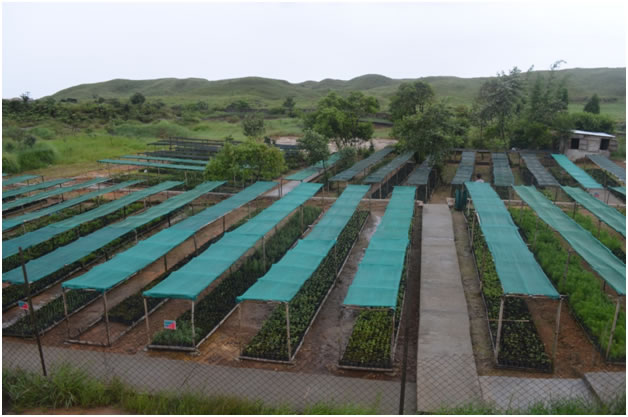