In order to create awareness for conservation of nature and to provide opportunities for recreation, a number of parks and botanical gardens as shown below have been created and maintained. Some of these parks like Thankrang Park, LadyHydari Park, Lum-Nehru Park, IalongPark and Thadlaskein Park are major tourist attractions and revenue earners of the State.

Thangkharang, a small hamlet in the southern aspect of Sohra (Cherrapunjee), East Khasi Hills District is located at a distance of about 66 Kms away (by road) from Shillong. During the Pre – Independence period, Khasi traders who were trading with erstwhile East Pakistan (now Bangladesh) used this place as night halt.  During their halt, they usually lit a campfire and smoked the fishes brought from East Pakistan (“Thang” means smoke or burn and kharang means smoked fish). Hence, the place is called “Thang-kharang”.

The Forest Department through Social Forestry Division East Khasi Hills during the year 1992-93 took initiative by consulting the local Sirdar, headmen and village elders of MawsmaiElaka to spare the forest land on the western end of the village and develop it as a recreational park.

The primary objective was to protect and maintain the natural landscape and to develop and preserve its scenic beauty.  The Department and the Elaka signed the agreement on 29th June 1993. The Department took over 5.5 hectares of land from the Elaka. After three years of development, the park was inaugurated and opened to public on 29th June 1996.

Management: Social Forestry Division East Khasi Hills has been managing the park through the Range Officer Cherrapunjee. The field Staff who perform daily duties include a Forester, one Forest Guard and ten casual labourers engaged on daily basis to look after overall maintenance of the park. The Range Forest Officer conducts regular inspection and monitoring over the staff ‘s performances and submits the revenue report including the number of visitors every month. 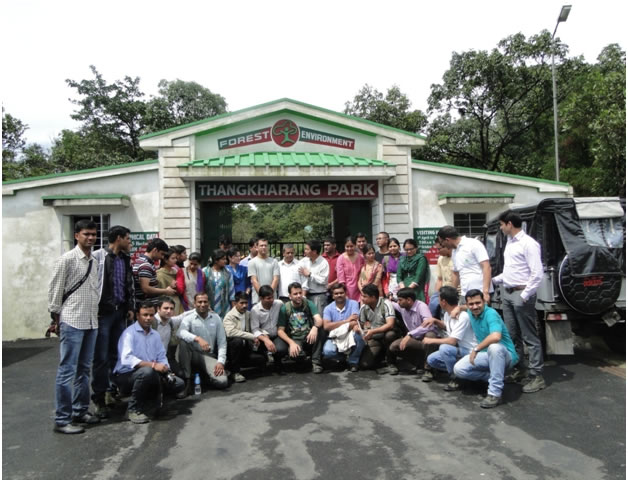 Ward’s Lake, is “A sylvan site of breath taking beauty” covering an area of 6.28 hectares, in the heart of Shillong. William Erskine Ward, Commissioner of the then Assam Province developed the park during the British rule in 1892-93 and thus the name Ward’s Lake. Out of 6.28 hectares, about 2.20 hectares is an artificially created lake built by constructing a dyke on the northern side. The Park generates revenue by collecting entry fees. The serene beauty and idyllic atmosphere of the park attracts tourists/visitors amidst the humdrum of surrounding city life. The Peak tourist season is during October to April.
In the initial years, management of the lake had been under the establishment of the Deputy Commissioner’s Office. Later it was handed over to the Forest Department for up keeping and maintenance. The Tourism Department took over the Lake during the year 1981. The Forest & Environment Department took over management of the lake in the year 2000 and has been taking care of the lawn and garden area.
The Forest & Environment Department assigned the task of management of the lake to the Social Forestry Division, East Khasi Hills, Shillong.Formal handing and taking over of the lake between the Division and the Tourism Department took place on the 23rd October, 2000.The Meghalaya Tourism Development Corporation continues to run Cafeteria and Boating facilities while Fishery Department is looking after the fishes in the lake.

Apart from the natural lawn setting, 27 nos. of garden chairs and 4 nos. of rain shelters had also been placed for the visitors. A Green House for orchids and indoor plants had also been constructed to provide additional information  to tourists who visit the lake. 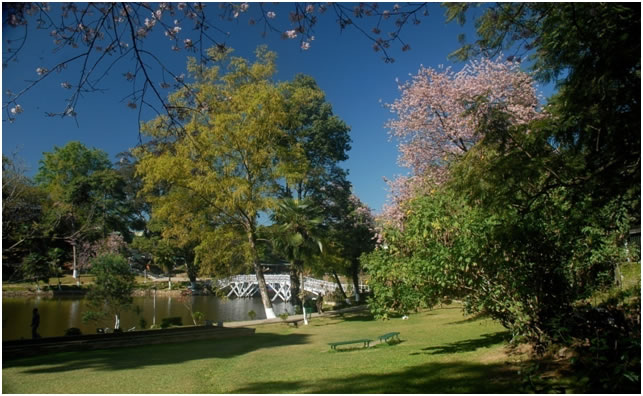 Ialong Park, located about 8 kms from Jowaiis known for itsSacred Grove of SeinraijIalongand for its setting through which one can view the beautiful Pynthorwah Valley. The former Governor of Meghalaya, His Excellency,Shri K. K. Paul inaugurated the park on the 5th of October 2013; thereafter, it was opened to the general public. Since then, the Park has successfully established its identity on the tourist map of the State due to its unique location, landscape and floral composition of the area and scenic view of the Myntdu River. It attracts a wide range of visitors mostly during the months of September to May. Although lesser known, the ecological park has much to offer to nature lovers. 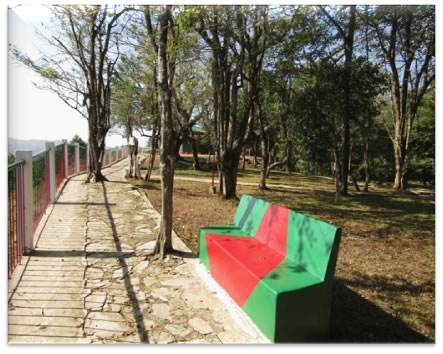