Meghalaya notified the constitution of Forest Development Agency and application of the Joint Forest Management principles on 9th Sept 2003. The Forest & Environment Department followed up the said notification and registered 9 FDAs constituted in the seven (7) Social Forestry Divisions, one (1) in Territorial Division (Jaintia Hills Territorial Division) and one (1) in Wildlife Division (Khasi Hills Wildlife Division).  The concerned Conservator of Forests (Social Forestry) registered the JFMCs.

These Forest Development Agencies have been constituted for the purpose of implementation of afforestation programme particularly the National Afforestation Programme (NAP). Funds under the NAP are channelized through the Forest Development Agencies. The actual implementation of NAP is done through the Joint Forest Management Committees at the Village level. The effective implementation of the JFM programme will go a long way in generating gainful employment opportunities for rural people, reducing the incidence of poverty, and subsequently leading to higher level of income and employment. Hence people’s participation is a key to improvement of forest cover and sustainable management of natural resources which is one of the strongest means of development for masses.

During the year 2015-16, no proposal under creation was submitted since fund under Advance works was not sanctioned during 2014-15. Only maintenance for 9910 hectares was proposed and the MoEF & CC (NAEB) provided sanction for maintenance of 8482 hectares only.

During the year 2016-17, proposal was submitted for 3037 hectares for Advance work and 4552 hectares for maintenance of old plantations. The MoEF & CC (NAEB) did not sanction any work programme during 2016-17.

As on March 2018, there are 9 FDAs in the State; 7(seven) FDAs under Social Forestry Wing, 1(one) FDA under Jaintia Hills Territorial Division and 1(one) FDA under Khasi Hills Wildlife Division. Altogether, there are 366 JFMCs under 9 FDAs implementing the National Afforestation Programme (NAP), as shown below:-

Till date, these 366 Joint Forest Management Committees have achieved a Physical feat of treating 30741 Hectares of area under  NAP. 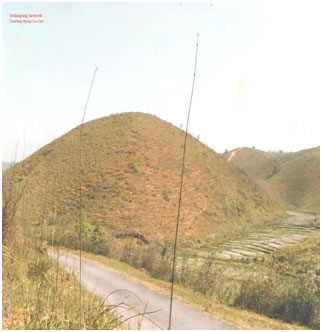 Till the end of 2014-15, these 366 numbers of Joint Forest Management Committees were implementing NAP and have cumulatively achieved a  total physical  target of 30,741 Hectares, as shown in the table below, FDA - wise.