The State has one of the highest density of elephants in the Country. The latest elephant census was carried out from 26-03-2017 to 29-03-2017 using dung decay count method. As per the census there are 1754 elephants in Meghalaya. 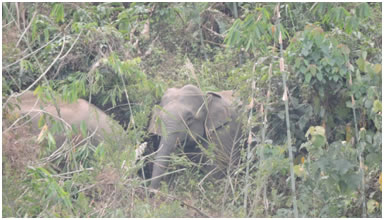 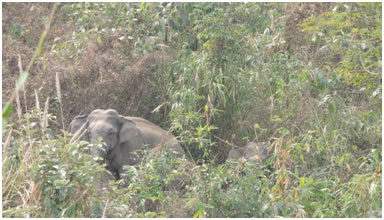 These five elephant corridors are 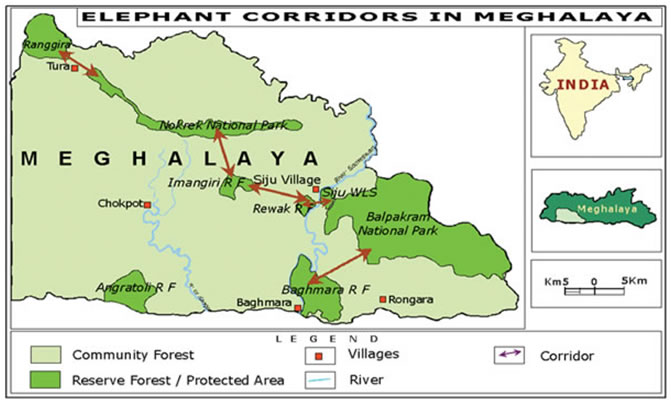 Indo–Bangladesh Transmigration of Elephant.
The first meeting on the Trans-boundary conservation of elephant in India and Bangladesh was held at Kolkata in 19-20th August,2015. In the year 2017 the second meeting was held where the agreed points of action on trans-boundary conservation of elephant was accepted by both the countries. The Protocol on “Elephant Conservation and Management in Bangladesh and India” and Standard Operating Procedure(SOP) on Trans-Boundary Coordination for Management of Elephants were discussed on the 21st January,2018 at Kaziranga.

A second Indo-Bangladesh Dialogue on Trans-Boundary Conservation of Elephants was held on 27th July,2017 at the State Convention Centre Shillong. The Indian Delegation was led by Shri. Siddhanta Das, Director General of Forests & Special Secretary to the Government of India, while the Delegation from Bangladesh was led by Shri. Mohammad Safiul Alam Chowdhary, Chief Conservator of Forests, Government of Bangladesh. At the end of the deliberations, the representatives of the Governments of India and Bangladesh proposed and agreed to implement the Agreed Action points, aimed at ensuring long term conservation and natural migration of elephants in the India-Bangladesh landscape.